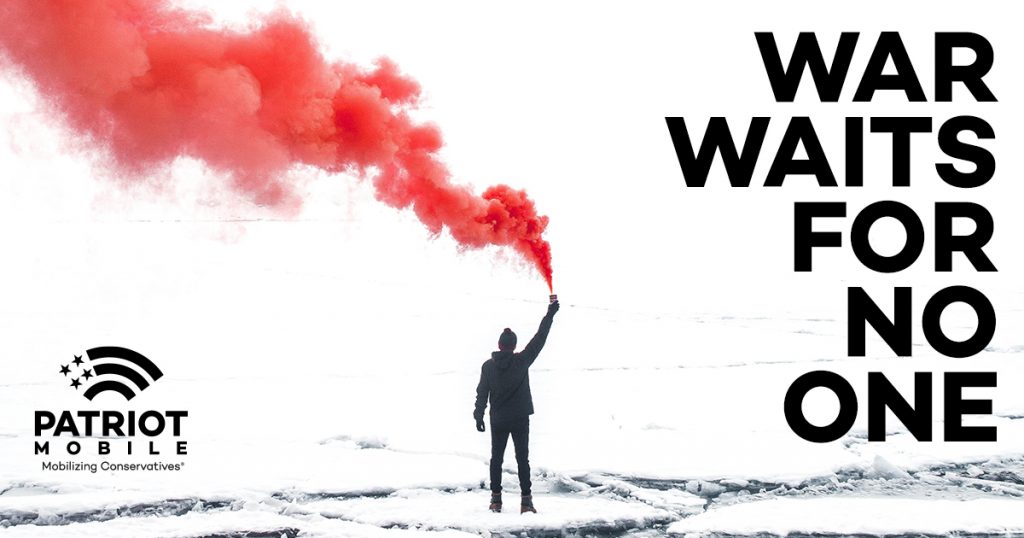 The Meeting of the Waters

The Meeting of the Waters
There’s a fascinating natural phenomenon found deep in the heart of Northern Brazil. A friendly, sand-colored river, The Solimões, rushes alongside the dark and murky Rio Negro on their journey to joining the lengthy Amazon river. Due to their density, speed, and temperature, the two cannot mix, and consequently, the anomaly is titled, “The Meeting of the Waters.”

The meeting, like many meetings do, lasts for miles until a blast of whitewater flushes them upstream and into the eastern-flowing Amazon River to enter the Atlantic.

The morning after election day, I was greeted by blurry, dense clouds that reminded me that we, too, are staring straight into an abyss of waters that may meet but never join, and quite honestly, may never make it to the grander opportunity ahead of us.

As the Director of Member Experience at Patriot Mobile, I am constantly considering the culture in which our members exist. I want to do more than keep them using their Patriot mobile phones. I make it my personal responsibility to protect them, warn them, and remind them how much they mean to us and the causes they support through our company.

I am an adult. I have fears, doubts. I question things. I question our government. I question the accuracy of the polls. It’s simple grit and maturity that posits my outlook that no matter the outcome of any trial, election, uncertainty or strife, I will get up, put my shoes on, eat breakfast, kiss my wife and kids, and head to work.

Anti-Trump or Anti-Truth?
Discouragement wants to tell me that we face a losing battle when it comes to the walls the left has built. They’ve cornered mainstream media, facilitated a liberal public school system, and drafted magnetizing celebrities. On top of this, complacency has infiltrated the right and left us with a congress that lacks the tenacity of the current presidential agenda. Districts are turning blue, states are turning purple, and I am turning green.

There are things I can’t un-see, things I can’t comprehend. How did we even get here? How is there an Ocasio-Cortez in Congress? How did Abrams and Gillum come so close to grabbing hold of seats rooted in such strong conservative territories? I know that money and marketing are powerful, but it’s discouraging to see how fake news, twisted testimonies, and false allegations not only dilute the truth but keep people from it entirely.

Holding The Offense
Optimism, on the other hand, tells me that yesterday’s accomplishments can be attributed to the roar of conservative lions – the people, the politicians, and the workhorses behind them. Patriot Mobile members participated in these victories – they voted, they volunteered, they donated, and those are actions that kept “Beto” from claiming Texas and ensured Kemp stayed in office. Our Senate majority grew by historical numbers. Conservatives are the unswerving patriots that keep the left from pushing forward.

The losses we faced, however, may rock us in their own way. Obstructions will come. Bills will be refused. Our offense has been tainted – the House of Representative is now the playground of the Left. In the days since the mid-term elections, House Democrats seem to have placed ongoing investigations and impeachment as their top priority. This is not serving the citizens of America, it is serving the radical Left. We’re witnessing a childish tantrum over from a 2016 loss, or perhaps jealousy over a successful and popular President.

We Are The Message
So, what now? How do we quiet the deafening clamor of leftist media moguls and swiftly wake the sleeping conservative? What more can we say when messages like “socialism leads to tyranny and tyranny leads to suffering” do absolutely nothing?

We don’t want to lose the momentum and functionality of the past two years under President Trump. What would be the point of that? What a waste of thought, of spending, to lose the wall, to see the taxes return, to watch the celebratory circus of Maxine Waters and Nancy Pelosi parading around while Paul Ryan continues, as always, to do nothing.

That’s when it hit me. Maybe it’s time for us to stop relying on everyone else to get the message out and go ahead and be the message ourselves.

We are the message. We are the channel. We are the voice. The war isn’t going to wait for anyone. War doesn’t knock on your front door. It doesn’t wait for you to organize your troops. War is here. War is now. We are the boots on the ground, the foot soldiers in the fray. Our message isn’t weak, our message is the weapon. It’s strong. It’s true, and we are the ones that will keep truth marching on.

We may never help far Leftists see the light, but there’s opportunity to make the case to Independents and fair-minded Democrats. Talk to your friends and neighbors. Be bold, be kind and be clear about where you stand.

Victory at all costs, victory in spite of all terror, victory however long and hard the road may be; for without victory, there is no survival. Winston Churchill

Be the message, Patriots.