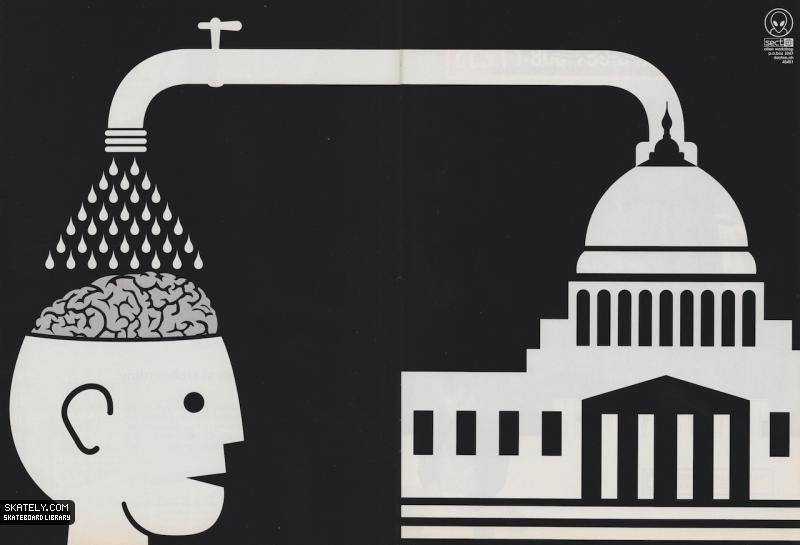 Stop Trying to Brainwash Us!!

A few weeks ago, I wrote a blog about the outrageous implications of Feminism. The results of Liberal Brainwashing are everywhere just as it is with Feminism, and it’s driving me crazy! For example, how many teens are declaring themselves as LBGTQ these days as an attempts to “discover” their “true” selves? We also have teens supporting abortions left and right without ever taking a sexual education class and understanding the true beginning of life.

Yet, if you catch your child smoking marijuana or driving at 150 mph down the road, you don’t call it “discovering” themselves! It’s dangerous and not what they need to be doing. Yet, we have all of these young, impressionable children experimenting sexually when they should not even be sexually active to begin with.

Liberal Propaganda is affecting my ability to live a normal life. I want to live in a world where my children can go to school without having to worry about “accurately” representing every single person in the world except themselves. I am sick of seeing ads catered only to women (even if I am one!) and ads specifically aimed at a Liberal point of view, but then if I try to do something that represents the Right, I get crucified for it.

I deal with this Liberal brainwashing daily now! As a young woman planning her wedding, I cannot explain how much I hate opening websites like TheKnot.com or picking up a wedding magazine off of the shelf and it being packed to the brim with photos of two men in tuxes standing before an officiant or two women in white dresses holding and kissing each other. Most Americans estimate that at least 25% of the population identifies as gay, lesbian, bisexual, or transgender, but according to a recent Gallup poll (here), that number is closer to 3.8% of the adult population. That’s it- 3.8%!! Yet, according to my magazine, you would think it’s every other couple!

This is not to say that I hate homosexuals or see them as any less worthy of my kindness and respect. This is to explain how sick and tired I am of Liberal propaganda keeping people from living their lives or conducting their businesses as they typically would. They have brainwashed us to the point that we give estimates more than 20% above what reality reflects!

Do you honestly think TheKnot.com would feature as many LGBTQ couples as they do if they knew they would be blasted by not “adequately” representing them? They would be out of business faster than you could blink! Yet, it is heinous of me if I refuse to buy one of these wedding books and boycott them because they include homosexual marriage.

But how do we fix this issue? How to we stand up for our own beliefs while living in a changing world in which Minority opinions feel like the Majority? I think it first comes from being honest and learning the truth. Did you really know that only 3.8% of America’s adult population is LGBTQ or did you really think it was 25% before you read this article? When is the last time you allowed yourself to have a real conversation about what you think and feel without fear of political retaliation? Why do we allow groups like Black Lives Matter to riot and break shops and set things on fire, but we feel restrained from calling our Congressmen to tell them we want more 2nd Amendment rights?