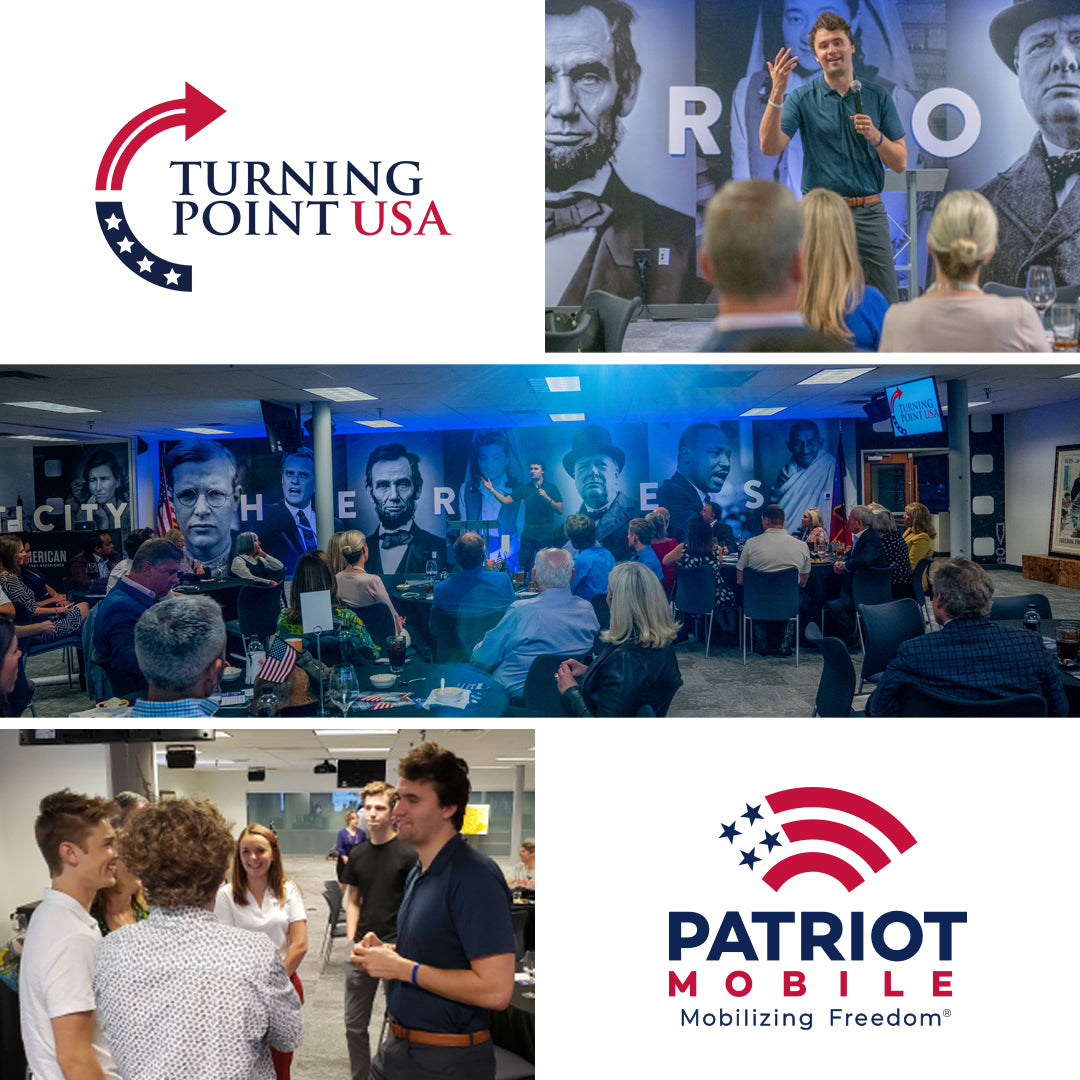 Even when Patriot Mobile’s leaders were in college twenty or thirty years ago, college was a liberal place. But as any parent trying to guide their children to a successful career knows, things have gotten a lot worse in just the past few years. When we were growing up, faculty leaned left. Today, classrooms are an avalanche of Marxism, critical race theory and post-modern gender ideology. Mundane student activism has been replaced by volunteer informants who eagerly denounce and cancel their fellow students for ideological crimes.

Many Christian conservatives have reacted to the transformation of our nation’s schools and universities by homeschooling and pursuing alternative career paths that don’t require paying $100,000 or more to hear four years of propaganda. But that isn’t an option for everyone. If America is going to be saved, we must carve out a space for conservatism to thrive on America’s campuses.

During event, TPUSA founder Charlie Kirk spoke to guests about the perilous state of our country and the work his group does to stand up. TPUSA is spearheading multiple initiatives to turn the tide on campus and protect students who hold Christian, conservative, and pro-Constitution views. Their DivestU program encourages conservative alumni of colleges to find more worthy recipients of their charitable donations. China on Campus has identified nearly five hundred university professors, administrators, and board members who are directly associated with the foreign propaganda efforts of Communist China. More recently, their brand-new School Board Watchlist spotlights the danger of Critical Race Theory in K-12 schools, and the work parents across the country can do to keep this poison away from their children. And lastly, the Professor Watchlist warns students about the many professors who use their positions to promote anti-American extremism and punish conservatives in the classroom.

TPUSA’s efforts as a group are impressive, but one excellent line Kirk had during Friday’s event was in response to a question about what conservatives can do, as solitary individuals, to turn the tide.

“We all need to be the same person in public as we are in our homes,” Kirk said. “No more camouflage conservatives. Our beliefs need to be heard by others in our communities.”

TPUSA has done its part to embolden individual conservatives by founding more than 1,400 high school and college chapters through its National Field Program. And Patriot Mobile does its part to fight “camouflage” conservatism by embracing its identity as a Christian, conservative company.