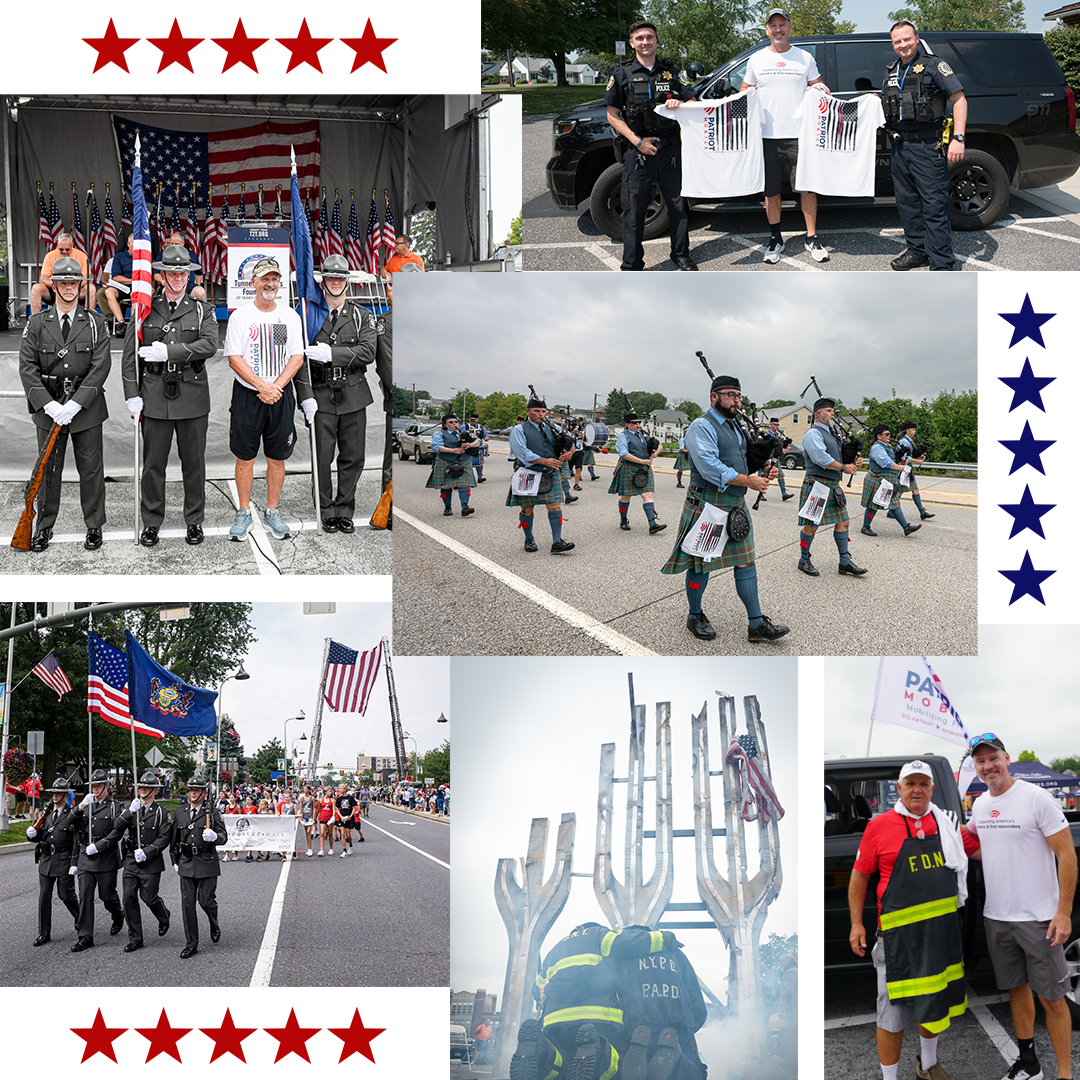 Twenty years ago, 412 emergency workers gave their lives saving others after the 9/11 attack on the World Trade Center. One of those immortal heroes was FDNY firefighter Stephen Siller. Siller was off-duty the morning of September 11, but immediately raced toward the World Trade Center to assist anyway. When he was unable to pass through the closed Brooklyn-Battery tunnel, Siller donned his sixty pounds of equipment and ran through the 1.7-mile tunnel on foot. He died as he lived, saving others.

Today, Stephen’s brother Frank honors his baby brother’s memory through the Tunnels to Towers Foundation, which builds smart homes for severely injured veterans and first responders, and works to ensure that 9/11 and the heroes of that fateful day are never forgotten. This year, Tunnel 2 Towers will gift more than 200 mortgage-free homes to military and first responder families who lost loved ones in the line of duty, while defending our freedoms.

This year, to mark the 20th anniversary of the attacks, Frank Siller embarked on a 500-mile journey, on foot, from the site of the Pentagon attack in Washington D.C. to Ground Zero in Manhattan.

Patriot Mobile proudly endorses the same values that Stephen Siller did: Service to God and service to others. We also understand that, no matter how successful our business is, the deeds of our brave soldiers and first responders will always be more important. So Patriot Mobile is proud to have raised more than $45,000 to Tunnels to Towers since 2020, and we were very proud to sponsor the parade and barbecue that marked Frank Siller’s stop in Hershey, Pennsylvania on August 28.

Patriot’s representatives were joined by more than sixty FDNY firefighters who journeyed down from New York City to volunteer at the event. Many were veterans of 9/11, and several delivered emotional remarks about the tragedy and the immortal valor of that day twenty years ago. Adding to the solemn atmosphere was the news, less than 48 hours before, that 13 American soldiers gave their lives to save others in the evacuation of Kabul airport.

Hershey is a town that symbolizes the best of America: Patriotic, industrious, and true to its roots. The town was founded by chocolate tycoon Milton Hershey to serve as a home for his workers. Unable to have children, he and his wife dedicated their lives to the well-being of others. When the Great Depression hit, Hershey poured his wealth into a “Great Building Campaign,” employing men to build architectural treasures that stand in Hershey to this day. His Milton Hershey School educates more than 2,000 orphaned, impoverished, and disadvantaged young people, entirely for free.

Just like Milton Hershey, Patriot Mobile believes that business success is meaningless unless it brings glory to God and benefit to mankind. And no matter the prevailing political winds, Patriot Mobile will always stand with the soldiers and first responders who embody America’s finest ideals. We are proud to join Tunnels to Towers in ensuring that our nation’s heroes are never forgotten.