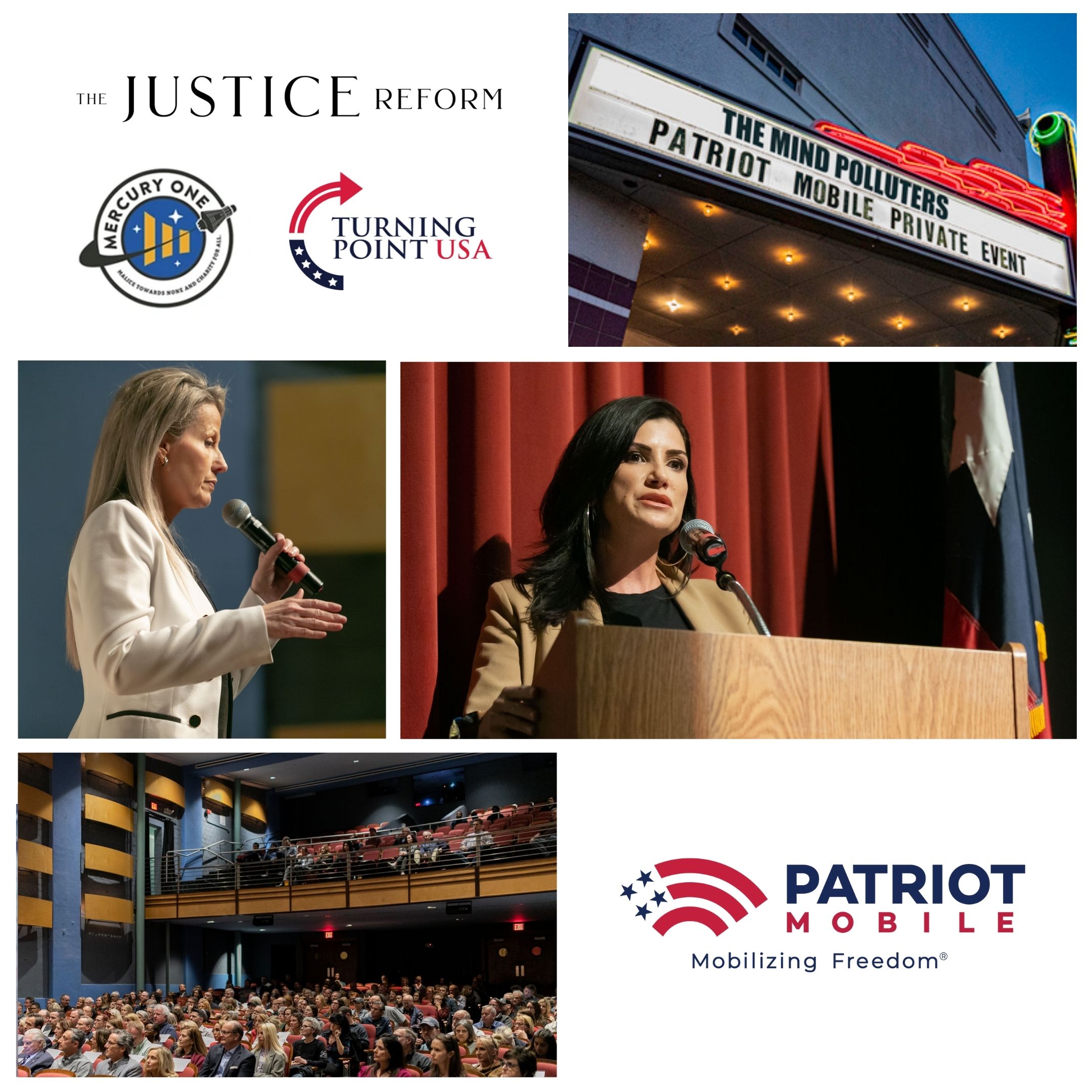 This month, Patriot Mobile was honored to host a special screening of the film, ‘The Mind Polluters,’ in Grapevine, Texas. This powerful, new investigative documentary reveals the graphic Comprehensive Sex Ed and Social Emotional Learning being forced on children of all ages through the public education system.

The film follows the efforts of grassroots volunteers, legislators, and Christian academics who expose and work to stop the corrupt organizations that have infiltrated the schools with pornographic materials. Our children are being intentionally groomed into a worldview of extreme sexual immorality. These materials are so heinous that they are illegal everywhere—except in the classroom.

Co-sponsored by Turning Point USA, Mercury One, and The Justice Reform, this special event brought together hundreds of local parents and community leaders. The theater was a packed house that night.

Nate Schatzline of The Justice Reform opened the evening with prayer. Tim O’Hare, who led the fight against CRT in Southlake, TX led our pledges. Patriot Mobile’s own Leigh Wambsganss, VP of Government & Public Affairs, shared about the significance of this film in exposing what is really happening within our public schools.

We were joined by special guest Monica Cline, founder of It Takes A Family and cast member of the film. As a former training manager and volunteer educator for Planned Parenthood’s comprehensive sex education program, Monica gave us special insight from her years inside of the industry.

Another special guest, syndicated radio host, Dana Loesch, also took the time to come out and show her support for the film. As a wife and mother of two sons, Dana provided compelling remarks on the important role of parents in their children’s education.

The film was undoubtedly difficult to watch (no children were allowed because of the film’s sensitive material), but extremely important. By the end of the night, there were few dry eyes in the theater.

We were blessed to have Pastor Rafael Cruz pray a powerful closing prayer over the attendees. He also prayed a special prayer over the conservative candidates in attendance who were currently running for public office. At Patriot Mobile, we never want to let an opportunity pass by at our events where we can encourage Americans to take action and make positive changes in our local government.

Indeed, we can take action! We learned that Texas public schools are legally permitted to provide sexually explicit materials to minors because of Texas’ Obscenity Exemption. For those of you who live outside of Texas, check to see if your state has similar obscenity exemptions. If so, we recommend you contact your state representatives to request they remove any obscenity exemptions.

If you live in Texas, find your representative and write to them using the sample verbiage below:

This is to request you remove the Obscenity Exemptions in current Texas law that allows public schools to provide legally defined ‘harmful material’ to minors. These exemptions provide an affirmative defense to prosecution and enable abusive sexual grooming, sexual exploitation and sexual indoctrination without a legal remedy for the parent/child victim.  Texas Parents stand against the sexualization of our children. Do you stand with us?”

We are grateful for the creators of this film at Fearless Features, a Christ-centered filmmaking ministry passionate about movies that impact our society and culture from a biblical perspective.

We encourage Americans, especially parents, to watch this important film and then take action to protect our children from this radical sexual indoctrination. We can make a difference!

Please visit the Fearless Features website to search upcoming showings in your state.