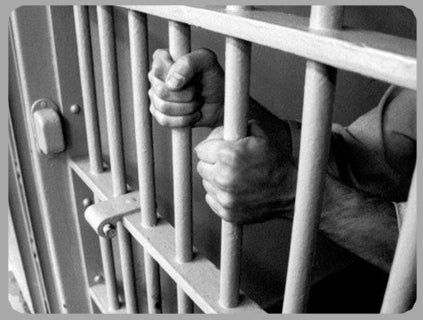 A recent poll conducted by The Charles Koch Institute suggests that a large majority of Americans are ready for criminal justice reform to take a front seat with our legislators (https://www.charleskochinstitute.org/news/new-poll-suggests-surprising-support-criminal-justice-reforms-among-trump-voters/). 1,200 American voter, including voters who identified themselves as liberals, moderates, or conservatives, were asked their views on criminal justice issues such as civil asset forfeitures, over-criminalization, and mandatory minimum sentencing. With an overwhelming majority of participants in favor of reform, legislators can take heart that liberal and conservative constituents, alike, are on board.

When polled, 81 percent of Trump supporters rated the issue of criminal justice reform as either “very important” or “somewhat important.” When asked whether police should have the right to seize private assets of a suspect even if that person is never prosecuted (the practice of civil asset forfeiture), 59 percent of Trump supporters either “strongly disagreed” or “disagreed.” Finally, when asked if judges should have more freedom to assign forms of punishments besides prison, such as civil or community service, 63 percent of Trump voters “strongly agreed” or “agreed.”

Of the poll, Vikrant Reddy, a senior research fellow with CKI, observed, “Conservatives have been observing the criminal justice system, and they have opinions on how to make it better. In short, they want reforms that prioritize public safety, respect individual rights, and advance human dignity.”

Such reforms are currently being spearheaded by bipartisanship legislators such as Senators Rand Paul (R-Ky), Charles Grassley (R-Iowa) and Cory Booker (D-N.J.).

“Our nation’s laws should be focused on imprisoning the most dangerous and violent members of our society. Instead, our criminal justice system too frequently traps non-violent offenders, who are disproportionately African American men, in a cycle of poverty, unemployment and incarceration.

The unfortunate consequence of this type of system is an entire group of people facing almost insurmountable odds of ever rejoining society. The injustices within our system are potentially sentencing an entire generation of those who committed youthful mistakes to a future without the opportunity for rehabilitation.”

His focus on criminal justice reform led Senator Rand Paul to team up with Senator Cory Booker (D-N.J.) to create the REDEEM act. This piece of legislation would create a federal sealing pathway for nonviolent adult ex-offenders, automatically seals and, in some cases, expunges juvenile records, incentivizes states to raise the age of adult criminal responsibility to 18 years old, and significantly restricts the use of solitary confinement for juveniles. The purpose of the REDEEM act is to give juvenile delinquents a chance at a meaningful life after incarceration.

In addition to Senator Rand Paul, Senator Chuck Grassley has declared his intention to take up a bill tackling sentencing laws and prison reform. Taxpayers are paying over $80 billion per year as mandatory minimum sentences have filled our prisons with non-violent people who don’t need to be serving long sentences. Last year, Grassley introduced Senate Bill S2123 (https://www.congress.gov/bill/114th-congress/senate-bill/2123) which would ease some federal sentencing guidelines for drug-related crimes, create new mandatory minimum sentences for other crimes, and in some cases, increase the length of the maximum sentences that could be issued. Significantly, the bill would allow some current prisoners held on drug-related convictions to have their sentences reduced. These initiatives are the first step towards fixing a justice system that is failing our communities.

“If we’re trying to reincorporate individuals back into society, particularly those who have committed non-violent crimes, we need these reforms to provide opportunities for redemption and a path forward.

“One of the biggest mistakes we’re making by abiding by the current system is letting one youthful mistake define someone for the rest of their life. By giving certain non-violent offenders the opportunity to hold a stable job and participate in society by voting we will begin repairing some of the serious issues that have plagued our criminal justice system for far too long.”