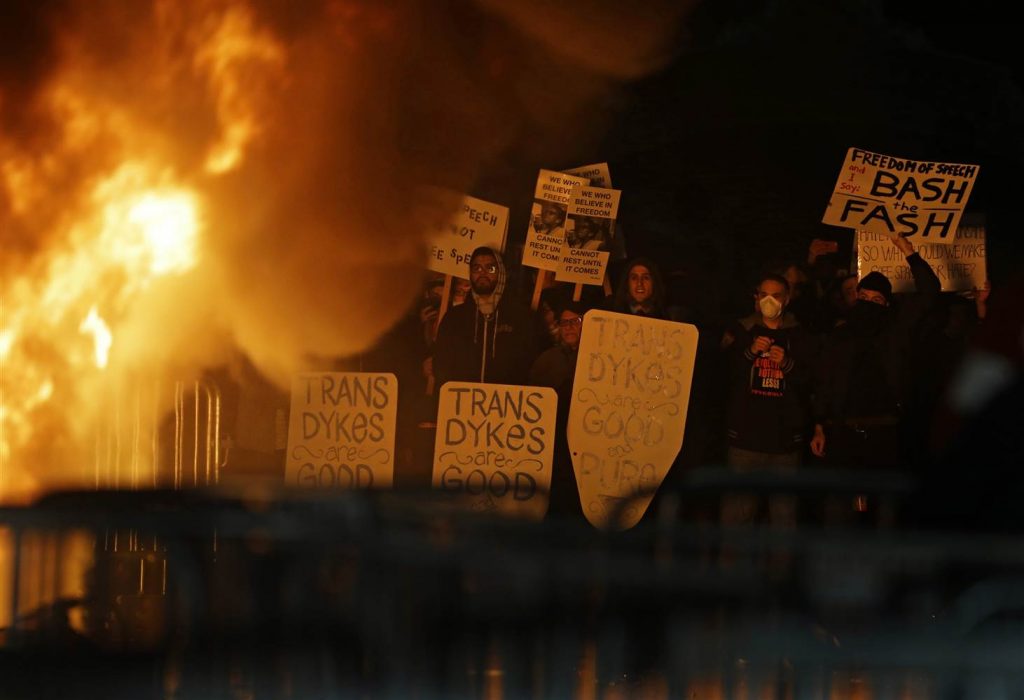 College Protestors Should Concern You – Here’s Why

College protesters across America are coming out in full force blocking conservatives fundamental right to free speech, as protected by the First Amendment. Police are largely standing by, watching, as these thugs assemble in large crowds, heckle speakers, physically harm those they oppose, prevent the press from covering their story, vandalize college property, and bar entrance into buildings. They watch as professors, students and speakers are pushed, shoved, and screamed at. They do nothing while these college children climb onto, vandalize, and rock the speaker’s cars, while the speakers are trying to get away from the angry mob.

This hasn’t happened once or twice. Oh, no. These pathetic young adults have done these things many times. While they are chanting expletives and berating the speakers as racists, fascists, bigots and haters, they themselves are showing themselves to be the actual fascists, who will rule with a totalitarian regime that accepts only one point of view…the progressive liberals point of view. They are showing themselves to be intolerant of other’s opinions, hateful, and violent. In short, they are acting like criminals and getting off scott free. Of course, these idiots are too stupid to know what the word hypocrite means, and don’t understand how blatantly hypocritical they are being.

Amusingly enough, these are the same weak-minded snowflakes who needed therapy dogs to get over the recent presidential election (http://freebeacon.com/politics/colleges-offering-therapy-students-traumatized-election-results/). They’re the same mollycoddled titty babies who got to miss their final exams because they couldn’t cope with the results (http://reason.com/blog/2016/11/10/colleges-cancelled-exams-for-students-tr). They’re the same pathetic crybabies who needed a safe space (http://www.washingtontimes.com/news/2016/nov/10/safe-spaces-balloon-college-campuses-following-don/) to deal with the unimaginable reality that Trump beat their savior, Hillary Clinton.

Why does this matter to you? Why do these children’s actions affect the world in which you reside? Let me tell you: These violent, brainless, bullying children, who are given carte blanche reign over their college campuses, are our future. They’re our future doctors, lawyers, business leaders, politicians, and, most troubling, the parents to the next generation. Yes, even those that give away cookies cut into the shape of fetal parts (https://www.thecollegefix.com/post/27119/), will eventually have children. They will be entering the work force and will be running in elections. They will be our future legislators and bosses. If this doesn’t scare the bejesus out of you, I don’t know what will.