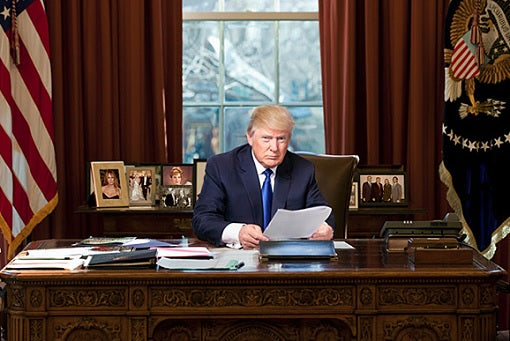 Being an American is a beautiful thing. We are all so different, but we can all come together at the end of the day to share a home and the title of being an American. That’s where we show our patriotism and pride. That’s what we celebrate on the 4th of July. Because we can identify with so many things in America, we are able to express ourselves in individual ways. Through religion, political backgrounds, careers, hobbies, you name it. Both you and I have something about us that make us unique to the rest of the world and an citizen unlike any other; we are American.

However, just because we are all American, it does not mean we are all unified. It still doesn’t and it never will! Since our nation was born, there have been divisions among us for as many reasons as number of citizens. All the way back to the Constitutional Convention in 1787, we have been trying to work together (albeit slowly) to reach an agreement or compromise. We are human, and it is in us to disagree and form our own opinions. We wouldn’t be expressing ourselves if we didn’t do that, right?

It is clearly evident that there are divisions among us today that are keeping us from unifying and coming together as Americans. This is disappointing considering the patriotic heart we all share. But is there compromise? We could get messy and delve into all the nasty details of what is going on with our country right now, but surely, you’re already aware. There are two sides to every story, multiple opinions for every issue and countless number of thoughts on any given situation or circumstance.

We are all aware of who our president is. We can all watch the news, our Twitter feeds and any tabloid that is sharing the latest on what the POTUS is saying or doing. What’s even worse is we can see what everyone one else is saying about him, too. People feed off of each other and it’s important that each of us be informed before saying how we feel. The President is one man being watched by millions, both at home and across the world. What an intimidating place to stand! Can you even imagine the pressure?? It would be enough to drive anyone insane!

But this is not about the President or his administration. I want to write about the presidential office as a whole and ignore any individual person or part of it. The presidential office is representative of America. It has many facets and parts of it that are unique, but all of those pieces and parts come together to represent what at the end of the day is America. That is patriotism at it’s truest form. That is people coming together to best serve their country and its people.

“We must, therefore, accept that the figure named by our accepted procedure gets to serve as our leader even if we personally think that person unfit for, or unworthy of, the job. We think we want charismatic leaders. The problem is that one person’s charismatic model of all the virtues is another person’s thuggish dolt. Once the rules select a winner, citizens must accept that that person is entitled to hold the office (on a constitutional or procedural level) even if we think he or she absolutely doesn’t (on a substantive level) deserve to.” –Andrew Sabl, The Washington Post

The presidential administration is something to be respected at the end of the day whether some pieces or parts of it seem unfit to members of our nation or not. When we are picking apart one person, we are taking away respect from the administration itself and ultimately, America. It’s important to remember that despite what each of us as Americans identify with individually, we come together to respect those running our country because how can we expect them to be successful when their every waking breath is being criticized or not?

Our system chose who to represent us as chief. We should give grace to the office, and daily pray for our country to do the same, to take a stand with their hand over their heart.

“Our beliefs may differ, but in the end, don’t we [all] want a successful nation run by a successful leader? If that answer is yes, then we should want to go on supporting our president, his cabinet and our other government authorities so that they would all make wise decisions.” –Hayden Johnson, The Odyssey

THAT is what we as Conservatives want most right now. We understand that America will always have “sides”- go back all the way to Thomas Jefferson with the Anti-Federalists and Alexander Hamilton with the Federalists! Our very nation quickly became a two party system after Washington left office. We are not asking our friends to step away from their beliefs. But what we are asking, as Conservatives who truly want the best for our country, is that the nation RESPECTS the office of the President and allows him the chance to do his job.

No one loves his tweets, but man, we can get behind his tax reforms! Or the repeal of Obamacare! Or fighting abortion with tooth and nail!

So here at Patriot Mobile, we want to call you to action- we want you to encourage your family, friends, and neighbors to respect the OFFICE of the President, not the President himself. And if you DO love the President, even better! We want to join Conservatives together to battle abortion, stricter gun laws, sanctuary cities, socialized healthcare, Big Governments, and a slew of other issues. We want to be a banner for people to raise out of love for America, our flag, the office of the President, and our National Anthem.

Join us as we fight this battle for America. Our cause is so BIG! We fight for each and every American, past, present, and future. Call us at 1-800-A-PATRIOT or visit us at www.patriotmobile.com to see how we are making a DIFFERENCE today!