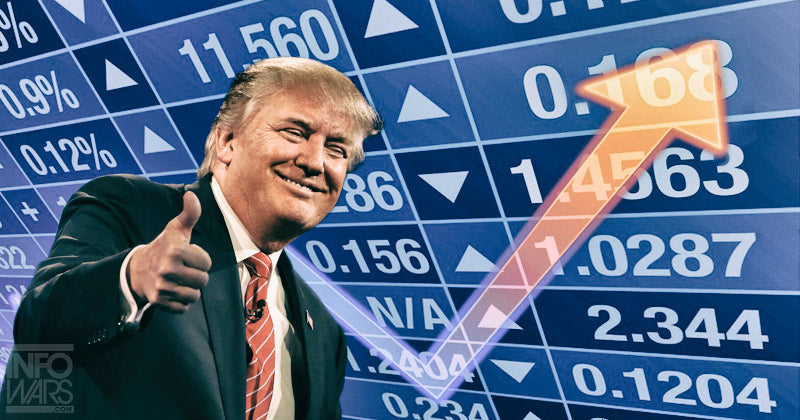 Trump promised that his administration would set the economy aright after 8 years of economy jet-lag under the inept Obama administration. An article in today’s Wall Street Journal shows that this is one promise Trump is fulfilling.

“Private-sector hiring this year remained strong as employers reported adding more workers to their payrolls in March than expected, according to a report released Wednesday.

Private payrolls across the nation rose by 263,000 last month, said payroll processor Automatic Data Processing Inc. and forecasting firm Moody’s Analytics. This was much better than a gain of 180,000 expected by economists polled by The Wall Street Journal. In February, ADP’s report showed the private-sector added 298,000 jobs. The report is based on data collected from ADP clients in addition to lagged behind government figures.”

President Trump has taken to the twitter-sphere and used his pulpit repeatedly during his campaign to pressure American companies that outsource jobs or manufacture products outside the United States. Here’s a look at 7 companies that are making America great again!!

1. General Motors: With a projected $1 billion investment in U.S. factories, adding and retaining 1,500 jobs, and plans to move some production from Mexico to Michigan, GM will be making America great again!
2. Hyundai: With their announcement that their Hyundai and Kia brands have allocated more than $3 billion for factories in Alabama and Georgia, these powerhouses will be making America great again!
3. Walmart: As the nations largest private employers, Walmart plans to create an additional 10k jobs in the U.S. this year. Thanks for keeping America Great.
4. Bayer AG: This German chemical company has promised billions in research and development in the United States and has vowed to create 3,000 news jobs if a planned merger with Monsanto goes through.
5. Ford: With plans to invest $4.5 billion over the next five years, a commitment to amp up production of electric cars, and a $700 million investment at its plant in Michigan, Ford will be doing their part to make America great again!
6. Carrier: After meeting with President-elect Trump, this air conditioner manufacturing company agreed to keep up to 1,000 jobs in Indiana, and pulled back on plans to ship all manufacturing jobs to Mexico. 1,000 men and women thank you for keeping America great again!
7. SoftBank Group Corporation: After meeting with President Trump, CEO, Masayoshi Son, pledged an investment of $50 billion in the U.S. and planned to create up to 50,000 new jobs. Thank you, Sprint, for keeping America great!

In addition to these 7 companies that are keeping America’s economy strong and booming, the CEO of U.S. Steel, Mario Longhi, is hoping he can rehire up to 10,000 employees that were laid off, saying that he has “felt an environment of positive optimism where forces are converging to provide for a better environment.” In addition, under the new Trump administration, IBM is looking at brighter days ahead and has reported that it expects to create up to 25,000 new jobs in the U.S. Finally, small businesses are hoping for a much-needed reprieve After 8 years of arduous federal taxes, stringent regulations and the economy crushing Obamacare, small businesses now have something to celebrate!

“What a difference a day makes,” said Juanita Duggan, president and CEO of National Federation of Independent Business. “Before Election Day small business owners’ optimism was flat, and after Election Day it soared.”